Political decisions –be they at local, island, regional, or national level– have a strong impact on the state of the sea: They can either accelerate its conservation or worsen it. In 2023, elections will be held in the Balearic Islands  at municipal, insular, and regional level. Taking advantage of this upcoming electoral cycle, we have initiated a process of collecting proposals so that political parties can incorporate them into their electoral programmes; proposals to improve and strengthen marine conservation policies.

‘Balearic citizens have many ideas for improving the marine environment of the Balearic Islands, but sometimes these proposals are not put on the table where they should be’, says Aniol Esteban, director of Marilles Foundation.

This advocacy process will consist of three phases:

‘With this advocacy process, we have the opportunity to achieve important commitments to marine conservation on the part of the managers’, says Sandra Espeja, the driving force behind the Marilles advocacy process.

As a starting point, and with the intention of classifying the proposals by theme, hawse have drawn up a document to serve as a structure. 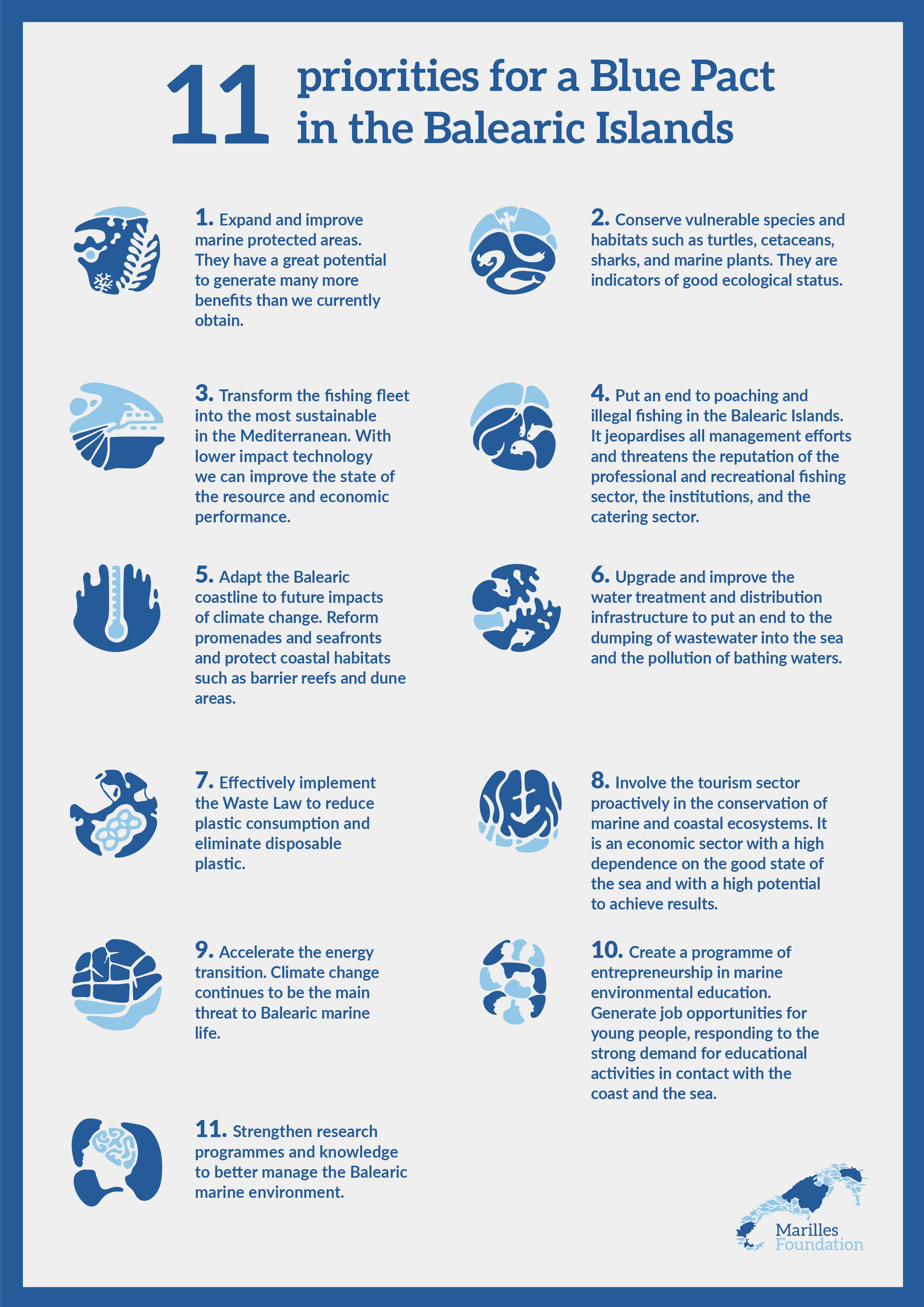 At the last  Marine Forum, held in Ibiza 3 and 4 November, we presented our proposal for a Blue Pact in the Balearic Islands and invited the attendees to share their proposals. More than 70 people participated with 65 proposals related to various topics. Among them:

The sea under debate

Marilles demands more funding for the Balearic Sea from Madrid

Strengthen the economy by improving the marine environment.