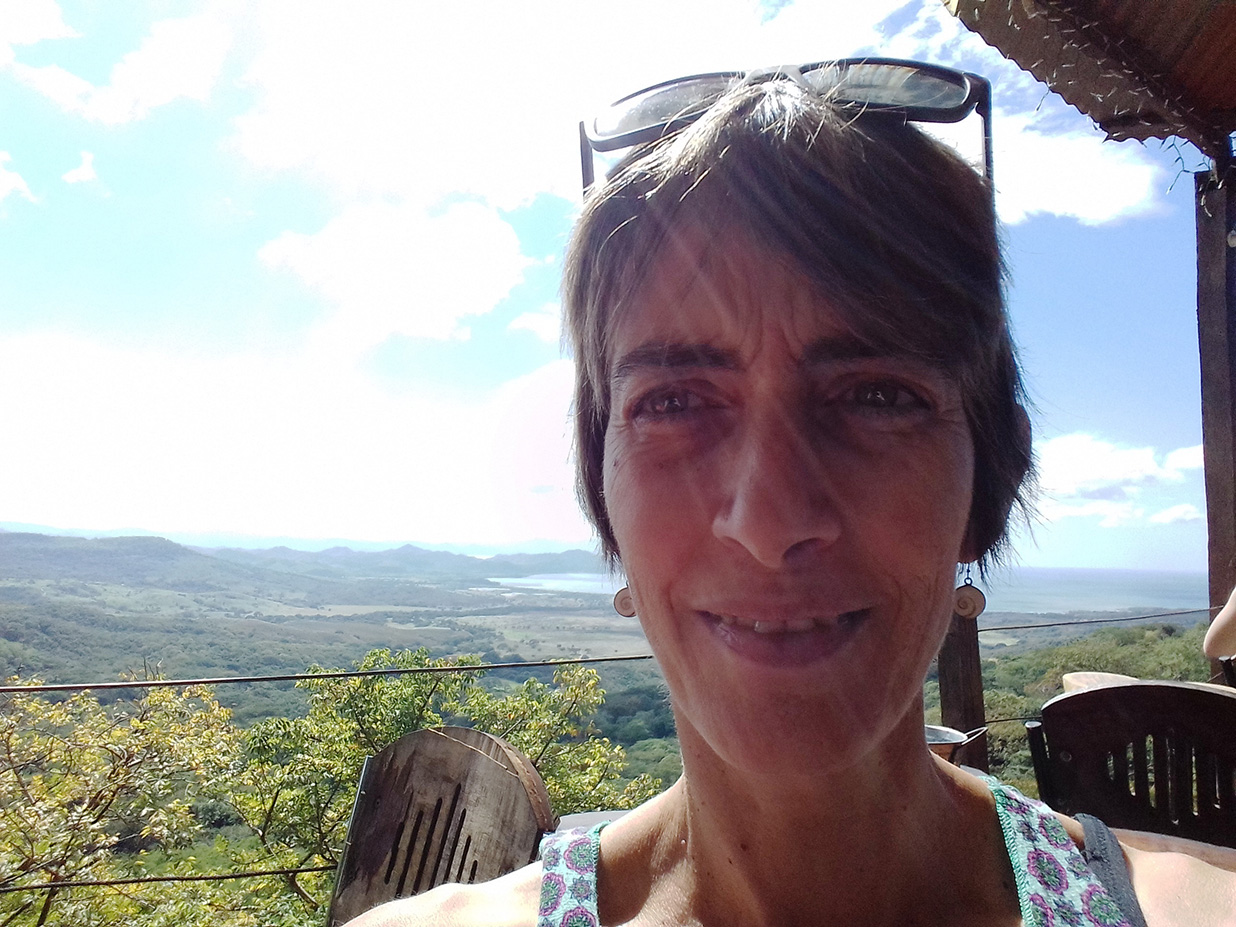 The OBSAM (Socio-Environmental Observatory of Menorca) is running a study to assess the water quality in Menorca beaches and coves. To do it will sample more than 100 sites to look at the abundance and distribution of Cystoseira, a brown seaweed which is very sensitive to changes in water quality. The study is funded by the Marilles Foundation, the Menorca Biosphere Reserve Agency and the OBSAM. Marta Sales is the coordinator of the project.

Tell us about your career and how you ended up in OBSAM?

I studied biology at the University of Barcelona and a few years later I did my PhD at the Centre for Advanced Studies in Blanes (Girona). Then I worked for 5 years at the Jaume Ferrer Research Station in Menorca; and since 2015 I have worked as a freelance on several marine projects, mainly for the administration and OBSAM.

Before doing my PhD I worked for a year and a half first at the Institut Menorquí d'Estudis (IME) - on a project on the impact of recreational fishing - and then at the OBSAM - developing and updating sustainability indicators. Over the last four years I have worked again for OBSAM on several projects: a book on the marine environment of Menorca, the Research Plan for the Biosphere Reserve, and now I am coordinating the project on the evaluation of the water quality of the island's coves using algae as bio-indicators.

What is your experience with the algae Cystoseria?

Working at OBSAM with bioindicators, I learned about the use of algae of the genus Cystoseira as indicators of water quality. Different indicators of this type have been created in the framework of the application of the European Water Framework Directive. CARLIT is one of them and it was developed by the team of Dr. Enric Ballesteros, who was my PhD supervisor. My PhD research dealt with the algae of the genus Cystoseira and allowed me to study in depth and learn to identify the species that are found in calm areas, that is, inside coves. In 2005 we sampled all the coves of Menorca and defined the distribution and abundance of the different species of Cystoseira on the island. Now we are replicating the study and sampling the same sites to check how the populations have evolved after 15 years. They are very sensitive to pollution and this will allow us to discern where we are having problems of eutrophication or other types of water pollution.

How will you do it?

We are planning to sample the same 103 coves that we did in 2005. To do so we swim along the coastline of each cove and take notes of the different species of Cystoseira, as well as their abundance. There are nine species of Cystoseira on the Menorcan coast and specialised training is required to identify them them. In September we will collect water samples from all the coves to analyze the nutrients (nitrites, nitrates, ammonium, phosphates and silicates). Once we have all the data, we will be able to compare them with those of 2005 and see the relationship between the concentration of nutrients and the state of the Cystoseira populations. 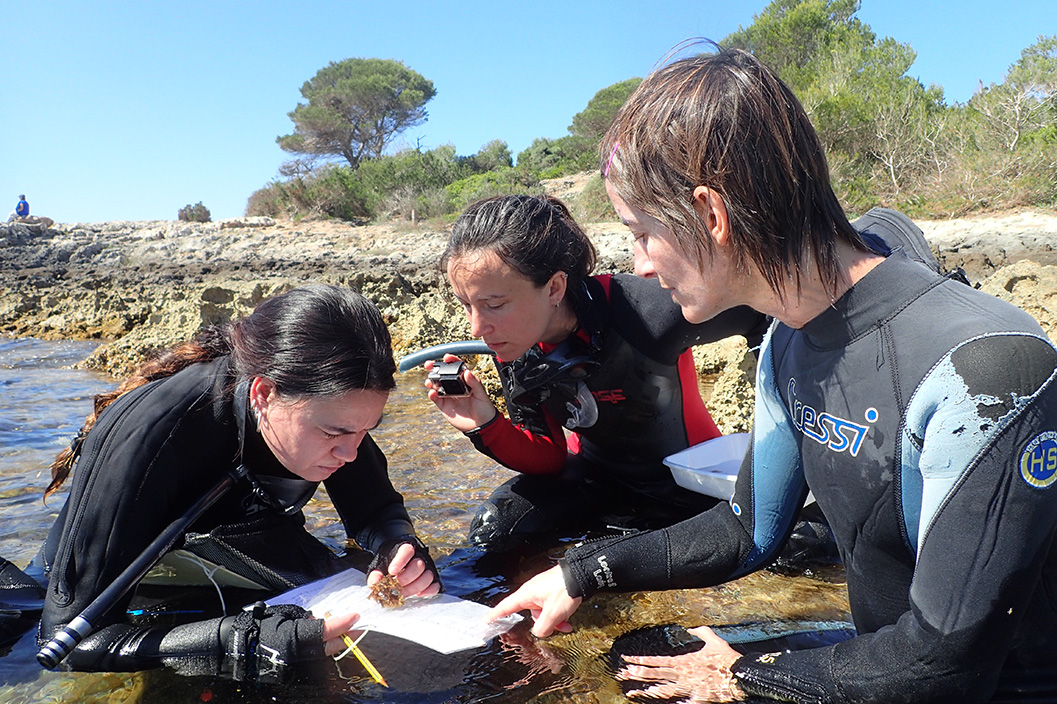 From left to right, Eva Marsinyach, Aina Blanco and Marta Sales, researchers of the project on water quality in Menorca.

What is the state of the waters of Menorca?

For some time now there has been talk of aquifers being overloaded with nitrates. The southern Menorca is made up of porous limestone, so there is a constant flow of ground water from the land to the sea, which is stronger on the southeast and southwest coasts by the geological configuration of these areas. It is precisely in the coves of these areas that we are finding a certain regression of the Cystoseira. It is necessary for the government to address this issue by improving wastewater management and also reducing the excess use of fertilizers and other pollutants in agriculture.

What needs to be done to ensure that the Sea of Menorca is well preserved?

We need to act to improve marine protected areas throughout better monitoring, and also wastewater management by improving pipes and other essential infrastructure. We also need to control use of fertilizers in the agriculture sector.

Lots has been done already. Last year the Unesco Biosphere Reserve was extended to include the sea around Menorca. This shows a strong commitment from the island government to move towards a sustainable future. At the research level, the opening of the Jaume Ferrer Research Station in 2010 has helped improve marine research providing essential infrastructure and materials so that researchers can monitor various species, as well as fishing activity. Monitoring the marine environment is one of OBSAM’s working priorities. Third sector organisations such as GOB Menorca also has a marine programme, and often collaborates with  OBSAM in key projects and initiatives.

A book: Mediterranean Breviary, by Pedrag Matvejevic.
An image: transparent waters.
A marine species: brown meagre.
An organization or person who is a role model: Enric Ballesteros.
A beach: Cala Tortuga, Cala Pregonda... there are so many… it is difficult to choose one, but it would be one from the north for sure.
A phrase that defines you: I like simple things, without frills.
¿Optimist, realist or pessimist? I have days of everything, but optimism predominates.

The study is financed by Marilles, the Agència Menorca Reserva de Biosfera and the OBSAM.

This year the Fundación Marilles is also taking part.